This is a placeholder for your sticky navigation bar. It should not be visible.

Episode 32 – Defend Yourself with Ryan Parsons

Two people standing in a ring punching each other in the head may seem like a mindless, brutish dance. But it’s much more.

In this episode of the podcast, Daniel Goldwater explores the intellectual side of combat sports with coach and former champion Ryan Parsons.

Parsons is the owner of APEX Martial Arts here in Montreal, where in addition to training fighters of all levels, they run children’s summer camps and programs for underprivileged kids. 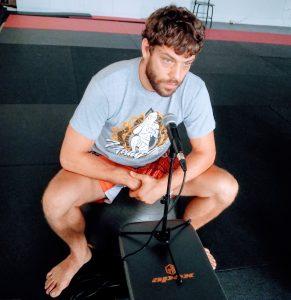 Daniel and Ryan get into why they started training, and how something that started as a physical pursuit — for Daniel to get in shape, for Ryan to defend himself — turned into something much deeper.

The two found that fighting was about more than beating the hell out of someone, it was a logic puzzle. One that incorporated discipline, and self-control, with intelligence and hard work.

They share how getting in the ring has changed their lives outside it. 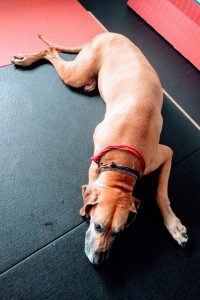 Ryan shares how becoming a champion came at a great cost to him. After winning his semi-final fight, but breaking his foot and suffering a severe concussion, he convinced a doctor he was okay, and decided to fight for the title.

“It was the pinnacle of my sport, and the ability to compete at that level for this title was something I’d been working towards for years. And I was 30 at the time, and this is pretty close to the end of my career. It’s now or never. And if it’s not now, I’m going to have to climb that mountain all over again,” Ryan said. “I fully understood the risks, and was fully aware that what I was doing wasn’t smart.”

“I went in, I fought the next day, with my broken foot, with my concussion, and I won the title. I won the tournament — and I haven’t fought since.”

• Daniel Goldwater: Got Fight?: The 50 Zen Principles of Hand-to-Face Combat, by Forrest Griffin with Erich Krauss — One of the pioneers of MMA as we know it today, Griffin’s memoir takes readers through his guide to fighting and tells the story how he made it to the top of his sport. There’s also a part in the book that Daniel talks about in the episode, that helps explain how he got his nose broken. “I love this part in the book where he says, ‘There’s two types of people that get injured: those that think they won’t get injured, and those who think they will,’ ” Daniel said, quoting from the book.