This is a placeholder for your sticky navigation bar. It should not be visible.

Montréal is a special city. It’s a unique mix of English and French, and the home to migrants from all over the globe.

And on this episode of The Goldwaters, Anne-France Goldwater wonders, should Montréal be its own city-state? To help her answer this question, and to explain what exactly a city-state is, she’s joined by “two fellows who are steeped in the history of the political and legal conflicts of this province.”

Those fellows are Beryl Wajsman, the editor of The Suburban newspaper and publisher of The Métropolitain commentary journal and Brent Tyler, a lawyer with experience fighting for anglophone rights in Québec.

So what is a city-state, and why would anyone want to turn Montréal into one?

“I was always inspired by the example of Hong Kong—an island, also an independent entity for the 99 years it was able to function autonomously until China repatriated it—and I felt that was an idea that would translate so well for Montréal,” Anne-France said. “The ethos in Montréal is so different from the rest of Québec. Montréal as an entity is much more like New York or its sister city Boston…that it seems to me that it deserves more status and more recognition that it gets.”

But the idea may be facing increasing headwinds. A CAQ government in Québec City would be unlikely to play ball with a city where it gets little support. For example, CAQ Leader François Legault has said previously the city’s proposed pink subway line would not get support from his government. “We’ve concluded it’s not a priority,” Legault has said.

You can see why this may not be a priority to the CAQ, who are set to be all but shutout of seats on the island of Montréal, according to the latest Qc125 projection, by Philippe J. Fournier. (The poll aggregator, Fournier, has previously been a guest on The Goldwaters.)

Even without the CAQ in power, it’s still an uphill climb.

One group that’s been fighting for increased autonomy for the city has been CRITIQ, particularly their former member, the late Michel David. In a 2013 conference presentation—the text of which you can view below—David argued it was both desirable and possible. And that because of Montréal’s decline over the years, due in large part to political instability, continuing in the current system won’t work. So, the city should gain autonomy.

An autonomous city-state is about more than control over subways or finances, it’s also about language. Unlike much of the province, Montréal is a place where English is in wide and regular use. This is complicated by Québec’s French-language majority, which is further complicated by the fact Canada is an English majority country.

This language divide is what is at the heart of the nascent city-state movement. It’s much less likely it would be even considered, were Montréal not in Québec, which has threatened off and on for several decades to separate from the rest of Canada.

This is largely thanks to René Lévesque, whose vision for a sovereign Québec led to the founding of the Parti Québécois and the province’s first referendum on separation in 1980.

It was his government that passed, in 1977, the famous Bill 101—known officially as the Charter of the French Language—which put French as the primary language of the province. It also placed restrictions on things like the size of English language signage—generally, it has to be at least half the size of French text. The bill also requires children of immigrants or whose parents did not attend an English school in Canada to attend school in the French system, and forbids them from the English school system.

These are all things, in theory, designed to protect the French language in the province. But they also have the effect of diminishing the rights of anglophones in the province.

The Goldwaters guest Brent Tyler has been fighting to overturn parts of Bill 101, finding himself in court many times over the years, suing the province to protect the rights of anglophone Québecers, like in this 2015 clip:

Tyler has also challenged the Québec government on Bill 99, a constitutionally contentious piece of legislation passed in the late 1990s that asserts the Québec government and the Québec people have the sole power to decide whether This flies in the face of a Supreme Court ruling and the federal Clarity Act. The Québec Court of Appeals ruled, at last, in April of this year that the law was constitutional, but only because it shouldn’t be taken seriously. In effect, the federal law and the word of the Supreme Court are what matters, the court said.

But debates over sovereignty may all be moot. As the millennial generation becomes the dominant one, the allure of an independent Québec has lost draw. Among the under-25 set, fewer than 20 per cent consider themselves sovereigntists, and few put sovereignty anywhere near the top of their political priorities, according to a recent poll.

Constitutionality has long been a sore subject in Québec since the constitution was repatriated in 1982. When it was patriated, the provincial government of Québec under Lévesque refused to sign on to a deal—known as the Kitchen Accord—that was agreed to by the other provinces while he slept. In Québec, it is often called the “Night of Long Knives”—a name that perhaps diminishes the original night of the long knives in 1930s Germany when the Nazis eliminated many of their political opponents in a night of bloodletting and mayhem.

Nevertheless, the refusal to sign on to the deal is essentially symbolic. While Lévesque’s signature is not on the document, the constitution is the law of the land, and has been since 1982, the Supreme Court, whose decisions come from the constitution, still reigns supreme over the province’s legal framework.

And it was the Kitchen Accord that gave the constitution its “notwithstanding clause” which gives the provinces the ability to pass laws that may otherwise violate the constitution. It’s a clause the government of Québec was happy to use in 1988 to amend Bill 101, overriding a Supreme Court decision that said forcing business to have signage in French violated the constitution. 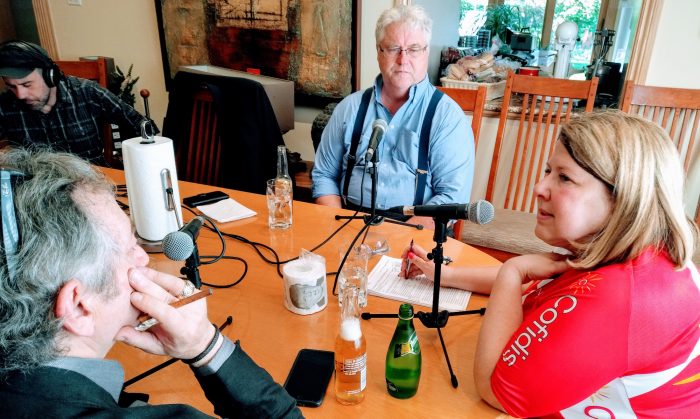 This isn’t the end of the constitution’s connection to this, however. If Montréal was ever to become a city-state in one form or another, it would require a constitutional amendment of some sort. Either to add it as its own province, or to give wider powers to it specifically or cities more broadly. This is because municipalities are “creatures of the provinces,” which means essentially the provinces hold near-total power over them.

This can be seen most vividly right now in Ontario, where the provincial government there decided to cut the size of the council in the country’s biggest city, Toronto, right as the municipal elections got underway. After a brief political tussle, an appeals court judge ruled that while the move was perhaps intemperate, it was not unconstitutional. Essentially, the province wanted to do it, so it was permitted.

So, for Montréal to break away it would have to get a constitutional amendment creating it as a new province or city-state. For a look at what that’s like, we turn to a recent article in the National Post:

Under the Constitution, the “establishment of new provinces” cannot occur without a constitutional amendment. That amendment would require approval not only from Queen’s Park (Ontario’s provincial parliament) and Ottawa, but from legislatures in “at least two-thirds of the provinces” representing at least 50 per cent of the population of all ten provinces. In short, for Toronto to secede it would need majority support from at least nine representative bodies of government: The House of Commons, the Senate, the Ontario Legislative Assembly and at least six other provinces.

The same process would be required for Montréal (with the obvious changes in geography). It is, to put it lightly, a longshot.

Montréal as a city-state has its own internal problems as well. Does the whole island become its own state? This is made difficult because a number of municipalities on the island are not part of the City of Montréal. After the amalgamation of all of the different towns and boroughs of the city in 2002, a referendum was held the next year in which a number of the municipalities regained most (though not all) of their autonomy. If Montréal was to become its own autonomous unit, the patchwork of towns that voted to leave the city would likely make the process even more of an issue.

All of these things add up to a difficult road to success. During the discussion, Anne-France Goldwater, Beryl Wajsman, and Brent Taylor map out what they see as possible paths to autonomous or city-state status:

“I think if you really want to have a nation-state, what would make it rich is that contribution of culture. The French have a star-making system here that’s unbelievable. They have a rich literature, rich music. It’s huge.… I’d love to see Valerié Plante as the Mayor of Montréal with real authority and real status… mayor of a city with more power and more money where she could have these more inclusive policies than what we see coming from Québec [City]. … How we get there. That’s the mystery in every nation or nation-state, or city state, or entity. The mystery is where do you find the leader who’s inspirational and willing to put in the time. And then you need the inspirational leader to speak and develop a team who are going to promote that agenda. Then last of all you need the finances to bring it to execution. I think we have a great idea. Sure it’s useless if we talk about it and we don’t put teeth in it. But, I think it’s an idea that I think we have to find a way to promote, at least to get people thinking and to have some pushback against the tendencies to follow here bad examples.”

“From my perspective, I don’t think we’re ever going to get there, because we now have the municipal administration that is not open to this idea as the [previous] administration, for all its faults, was. And at least got through the foundational legislation for it. I think we have to continue fighting on social justice issues, because people are going to be hurt in Québec. And I think the bottom line, for all of Québec, you can’t separate Montréal from Québec. Things will fall apart before they get better. I’ll give you the historical parallel: In 1995, the IMF told the [Canadian federal] government, ‘If you guys don’t get your house in order, it’s going to come back to money, not nationalism. We’re coming in, the way we did with Mexico in 1993, we’re going to run your economy.’ … I don’t think there’s an IMF bailout for Québec, I don’t think Canada can bail out Québec, because we now have seven have-not provinces.… Unfortunately, I think this place will collapse of its own incompetence, and then we’ll see.”

“I see it being a wonderful idea for all kinds of reasons. The kinds of reasons you’re talking about. IF you had a municipal government in Montréal that was sympathetic to the economics of the situation and encouraged diversity…I just don’t know we get there. It’s also a problem for separatists who want an independent Québec. How do you get to an independent Québec from where we are now? That’s been my concern. How do we get there?”

Montreal as a City-State

You can always subscribe to more episodes of The Goldwaters with iTunes, or via RSS for wherever you get your podcasts.